NO matter how stable the genius, best-laid plans have a tendency to get swept away by real life.

Some get upset by that and lash out in 280 characters or less. Repeatedly. Others put off attempting to string together rather longer, less knee-jerk combinations of words, no matter how many times it makes it to the top of the to-do list.

Genius? Almost certainly not. Stable? Depends which doctor you talk to.

And so 17 days into 2018, one of the great traditions of the Travel Marmot swings around again – the new year, state of the nation address planned for New Year’s Day finally gets written.

Well, started anyway. Let’s see if we can get it finished despite the distractions of televised football (it’s Chelsea, so pretty safe), Twitter and the need to cook at some point in the not too distant future.* 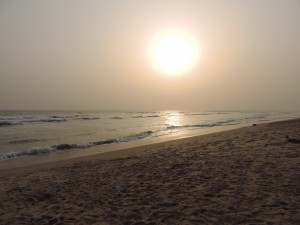 This tradition started three years ago in a dark, peaceful beach bar in Ghana. It continues for a fourth year in a considerably better lit flat in Gloucester, considerably colder  despite the fact my boiler has been fixed after a couple of days without heat or hot water.

At least the need for a shower finally got me back to the gym.

That initial new year address was written, unplanned, on January 1 (although not posted for quite a few days). The next three have been scheduled to follow suit – the point where those best-laid plans have gone astray.

Things just kept getting in the way. Work, largely, a mini African reunion in Nice, losing weight (more later, not much of an excuse but have spent more time shopping and cooking), binge watching Stranger Things (no spoilers, not finished yet) and largely finding excuses to avoid spending even more time tapping away at a keyboard.

Still got here almost a week earlier than two years ago (starting it at least), albeit more than a week later than last year’s missive when the tradition was expanded to include my pick of the previous 12 months’ album. Again, more of that to come and why this really does need to be done on schedule.

On the face of it, not that much.

The blog had been on a hiatus, planned as opposed to just not getting round to it often enough, was living in the same place, doing the same job and was working through a tax issue that was muddying the finances for any travel planning.

Was about to head off to London to the Adventure Travel Show to get a few ideas and at least try to salve those itchy feet.

That much certainly hasn’t changed. There’s a few loose ideas and it was off to Olympia again at the weekend, part reunion, part travel fix.

Yes, still living in the same place – thankfully, warming nicely after a couple of nights layered up as the mercury dropped at the worst moment – but a fair few things have changed.

On paper, the job is the same but in terms of the working week it is unrecognisable from a year ago. No daily deadline to scurry towards, more a gradual cranking up of the pressure as we head towards Wednesday and the weekly appointment with the press.

There’s also no commute. Well, not so you’d notice. The hour or more on the bus every morning replaced with a gentle stroll a couple of hundred yards to the relocated office.

Not sure all my colleagues – a much more select bunch nowadays – appreciate the move so much having suffered a reversal of travelling fortunes, but now there’s a chance to do something meaningful with the evening. Like writing a blog post. Or going to the gym.

The other major change, bar the fact Gloucester have started winning regularly, has been my waistline.

It’s not a massive change, not yet. You might not even notice it, bar my trousers falling down (nothing that new there) unless my belt is pulled so tight it is almost garotting me. It you can be garotted there.

But after seven weeks, the difference is starting to show.

There’s closing in on two stone gone, wearing an old pair of jeans a size smaller (although with no buttons in the fly, not in public) and a lot of walking in Nice was, well, quite nice.

Certainly could not have covered so much ground on foot a few months ago. Then 10 minutes or so would have reduced my left hip to a throbbing knot, shooting pains down to my knee (which has given the odd minor grumble since the much-delayed return to the gym). Partly down to a hip issue, partly my total lack of conditioning.

But only when things got steep – and they did, what with neighbouring Monaco being built largely on what felt like a cliff – was there any doubts that this was not a good idea.

Even my back held up to carrying a bag back to the airport when we decided walking was the best option with the Promenade des Anglais closed to buses and taxis for a race.

And it was probably a good idea after breaking a fair few rules of the diet every time we were ready for another round (although never thought it would lead to ordering a Coke Zero in a McDonald’s. Overlooking the Grand Prix circuit in Monaco –  country number 58 on my list).

Add all that up and the whole weight loss thing has gone pretty well. It’s not all been easy and, don’t worry, there won’t be any preaching here but this is something worth sticking with.

There’s a long way to go. Not to any target, don’t really want to set those beyond the next landmark but throw in increased gym and the aim is simply to keep going and see where we get.

Not so much a new year’s resolution, just a fresh way of life – rather like it is not a diet, more a more sensible way of eating.

Haven’t always been good. There’s been a couple of sessions on the beer, rattling up all my syns in one go. And they’ve generally been accompanied by not exactly paying too much attention to the allowed food list.

But they’ve also included plenty of walking – in rain and snow through the streets of London – to counteract the added calories.

That’s sort of the idea (beyond the obvious health benefits). When the Travel Marmot eventually does get back on the road somewhere, fitness and weight is not going to be an issue in choosing whether or not to do something.

You never know, might even doing something about my snoring.

But let’s not get carried away.

And the need to finish the second part of this post, once it became clear it would be way too long all rolled in to one.

Click just down there to the right for details…