A LATE change of travel plans put me in a sweltering New York for July 4, 2010, having opted to leave the dwindling number of my overland travel companions still in Boston.

Back in Boston, my former colleague, housemate and fellow traveller Nick was heading out on an Independence Day pub crawl in the company of a Birmingham City fan he had bumped into at our hostel sporting a vintage Whitesnake T-shirt.

My night ended looking after an emotional Aussie somewhere in Brooklyn in the early hours, way too late considering the time a hire car was due to be collected.

Nick’s night ended with him getting married.

Not immediately. This is not the tale of an Englishman abroad waking up to find he had stumbled drunkenly into an all-night wedding chapel with a girl he had just met.

But four years on, Nick and Sufia – the girl who had serenaded ‘Whitesnake’ the night before, recognised the same T-shirt 24 hours on and struck up a conversation with the English bloke at the bar – tied the knot this month.

After plenty of transatlantic comings and goings, red tape and a crash course in visa requirements, they became a married couple in Charleston, South Carolina, which turned up the heat, humidity and enjoyment to the maximum.

Charleston is one of those American cities built on its past with a well-preserved historic region.

Some of those cities seem to seal off such areas hermetically and appear to feel just being old (by US standards) makes them historic without worrying too much about whether anything happened to put them in the history books. Almost like staying in a US history theme park.

But Charleston genuinely does offer history and a striking downtown area, which also manages to come across as a living city – helped by a healthy student population – and provides plenty to see and do before and after dark, without constantly feeling ye olde touriste guide is going to pop up to tell you about somebody born on this spot that nobody outside the state has heard about.

It is also an ideal spot for a select group of transatlantic guests who gradually congregated as the wedding week went on, reaching peak numbers for the ceremony itself.

And so, for any locals paying attention, a growing number of Brits could be seen sweating their way around town under the blistering sun, making full use of the hotel lobby’s soothing air con and bottomless supply of fruit-infused water, puzzling over a mysterious quacking noise, leaving their bag in a taxi (safely returned), losing their wallet while shopping (not returned), falling asleep in a bar (two of those last three may have been the same person), testing out the best way to eat eggs in a range of breakfast spots (don’t ask for them dippy), convincing barmen to plug their phone’s music into the PA, confirming that all the bars closed at 2am and, for more than one of us, sleeping off the after effects of the rehearsal dinner as the main build-up to the wedding.

There may even have been some salsa dancing at some point, but that’s as blurry as many of the selfies which were taken.

Which all paved the way for the wedding itself, an early evening, outdoor affair in the grounds of the 19th Century William Aiken House, home to the ceremony and the initial celebrations as US and British cultures came together (one seems more comfortable in front of a camera and audience).

The evening moved on – until that seemingly magical 2am Charleston cut-off – at the adjoining American Theater, an old-style converted cinema which hosted a live band which provided the soundtrack to a memorable evening and the backing for the would-be singers to climb on stage, including the bride’s version of Don’t Stop Believing backed by her new husband on drums.

A lovely way to round off a wonderful week before, over the space of the next few days, goodbyes were said and we headed off, either home or to a brief bout of further travelling.

My second week took me down the coast (of which more in a later post) to Savannah, Georgia and, via a figure of eight, up to Wilmington, North Carolina before heading back to a flight home from Charleston via Newark and a rather fortuitous upgrade to business class (again, more to come).

The soundtrack to that second week contained the customary frustrations of US FM radio – no sooner have you found a station worth listening to than it fades out and you have to go searching for something else.

My iPod supplied a welcome break from all that but not with the A-Z challenge, which took a break for the fortnight after reaching 1,200 with Broken Household Appliance National Forest by Grandaddy. 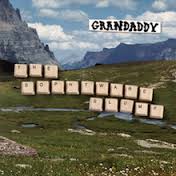 It’s a great track, but it is one of those which somehow sounds so much better when listened to as part of the album which gave birth to it, in this case the excellent Sophtware Slump.

One of the tracks which popped up just before heading up was The Boy With The Thorn In His Side by The Smiths, which also appeared late one night amid a slightly indie 80s playlist which mixed with those mysterious quacking noises on a rooftop bar in Downtown Charleston. Great company, great music, great setting.

The Cure popped up multiple times (both on the rooftop and out on the road), as did Echo and the Bunnymen (rooftop only) and they both appeared on the A-Z with, respectively, Boys Don’t Cry and two airings of Bring On The Dancing Horses.

Belle & Sebastian kicked off this section and reappeared with their classic The Boy With The Arab Strap (now safely reclaimed from ubiquity from its spell as the theme for Teachers), while Paul Simon popped up both solo (The Boy In The Bubble) and alongside Art Garfunkel with Bridge Over Troubled Water also covered by Johnny Cash.

An excellent little run also included three versions of Bring The Noise by Public Enemy, two of Brimful of Asha by Cornershop, Breed by Nirvana, the guilty pleasure which is Brilliant Mind by Furniture and three outings for Brassneck by The Wedding Present.