THERE is an odd phenomenon which happens some time before the clocks go forward each spring.

Quite when depends on how bleak the previous few months have been but around the point at which it becomes pretty easy to remember the rest of Gloucester’s fixture list, the end of the rugby season cannot come soon enough.

It has not always been like this, but when egg chasing on and off the pitch infiltrated the bulk of my working life, the end of the season increasingly became  a moment to savour.

It did not last long. Within weeks – often within days – we had replaced spending Saturday afternoons covering matches or producing pages based around that coverage with going to the pub to watch the summer Test matches over a few beers.

And before you knew it, that gap on a Saturday afternoon needed filling (to say nothing of the sports page which don’t just vanish all summer) and the countdown was on until the first match.

Rugby – and sport in general – forms only part of the day job now. More of a watching brief than the heart of the role. Writing about it and designing pages about it has been replaced by watching it. As a fan.

The same still applies. By around March, the end of the season cannot come soon enough – not that you would have heard any complaints if Gloucester had managed to extend their season into the play-offs (two heavy defeats to end the league campaign made sure that didn’t happen, but we were seriously in the running until then which made a refreshing change).

It’s not the rugby. You wouldn’t find me anywhere else than in The Shed for any home game or in front of the TV for any televised away match. It’s just that you start to crave a weekend that doesn’t have to be planned around the game (and the getting there early to save a place in The Shed).

Was certainly desperate for the season to end as Gloucester, down to 14 men, were hanging on into the final couple of minutes of the European Challenge Cup final (our third in four years) against a Cardiff Blues team that really should have been buried before the break.

Season’s end came little more than 60 seconds too late, a last-ditch penalty bringing the kind of finale Gloucester fans have seen all too often in recent seasons. It’s got to the point where it is hard to accept we have hung on for the win until you’ve seen it on the TV highlights.

By the end of that night in Bilbao (the venue needs an explanation nearly as long as some of the journeys it took to get there), rugby could just go vanish.

For three days. Right up to the point when Gloucester signed Danny Cipriani.

Unlike the influx of South Africans (more may have arrived by the time you read this*) and Matt Banahan from Bath – akin to Liverpool signing Gary Neville in his playing days – this was not rumoured for weeks, debated and ranted about by the keyboard warriors who would find something to complain about if Gloucester went the whole season undefeated. There had been the odd whisper which over the course of a weekend became a roar.

Popular rantings on forums and social media over the past season included opposition to the renaming of The Shed (it is officially, shock horror, The Greene King Shed although you will not hear anyone call it that), one woman’s crusade against players not spending enough time thanking fans at away games, the selection of beers (much of it supplied by the same sponsors), unsuitable headwear and the club not announcing any new signings. 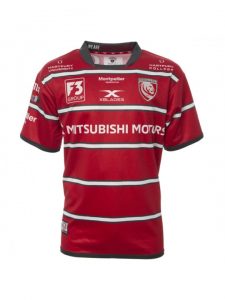 Whether there was any to announce or not and regardless of whether the player had signed or any agreement between his old and new club over a big reveal. Never mind any of that, somebody had mentioned it on the forum, why had the club not announced it?

Cipriani’s signing – by my reckoning, the biggest name since at least the capture of All Black lock Ian Jones the best part of 20 years ago – was met with almost universal support. Almost.

There were those fretting about his wages and those about what was going to happen to our existing outside-halves. Because clearly we are going to play the same 15 players in every game next season. And one of our No 10s didn’t really play inside centre for Wales in the autumn.

But the keyboard complainers did not have too long to wait. Little more than 24 hours later and they hit the mother load.

Word got out of an announcement – people were invited, people talk, however much the club try to keep it quiet – and the amount of times two plus two came to totals other than four was astonishing.

More signings (complete with mixed reviews, despite not knowing who they were) and a rebranding as Gloucester Lions were presented pretty much as fact. Opinion on Twitter, after all, is confirmation of the truth these days.

And that opinion, particularly about the rebrand, was not a welcoming one – no matter how many times the club denied it. Even after the event. You fear for the king of the jungle around these parts if we ever have a referendum to take back control from cats.

The truth barely caused the complainers to draw breath. 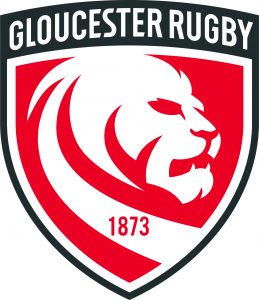 Personally, like the shirt (first current one bought since about the time Ian Jones was playing for us) while really cannot get excited one way or another about the badge. Far more concerned about things that actually matter, like what’s happening on the pitch.

And the number of bobble hats in The Shed (probably the favourite issue all season which has become something of a running joke).

But the complaints rolled in. They hated the shirt, declaring it was destined to sit unloved in the club shop (early evidence suggests otherwise) if it was even in the shop before the season started (it was later that day), the lion on the logo had no connection with the club (bar the lions on the old crest and that of the city) and it looked just like Leicester Tigers.

Which, as more than one wag pointed out, suggests they would be easily confused at West Midlands Safari Park.

The shirt’s fine. Some are better than others, if you don’t like it wear an old one and we’ll have a new one soon enough. At least it’s not dayglo, highlighter pen yellow. Or blue, black and white.

The logo is OK, if you really care, and with my page designer head on is certainly more user-friendly than the old one. And no, however many forum gurus claim otherwise, we are not changing the name to Gloucester Lions. They are not going to spend all this money on a rebrand and then change the name.

All this means the need for a summer break is desperately needed. Not from the rugby (already looking forward to next season with more than the usual optimism), but from the serial complainers.

My favourite was the unknown guy who, walking home after a draw with Wasps, blamed the defeat on Ben Morgan – partly for missing tackle for one of their tries. After he had gone off.

He then criticised Ruan Ackermann for being granted a short mid-season rest.

How could a pro sportsman earning decent wages need a rest, he argued? Akin to the utterly ridiculous argument – seen countless times in the last few days – that Liverpool goalkeeper Loris Karius can take the mental anguish and quite shocking online abuse following his errors in the Champions League final, just because he earns a lot of money.

Having opted not to run into him repeatedly (there is, even mid weight loss, quite a lot of me) and arrange to do the same on a weekly basis to see at what point he needed a rest, pointed out the still young back-row forward had not missed a game up to that point and had not had a break after reaching the Super 14 final with the Lions in South Africa, my unhappy companion thought for a second and dismissed my observation.

“He didn’t play for the Lions,” he argued. “He couldn’t, he’s South African.” 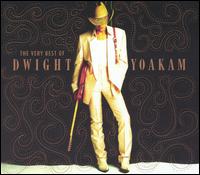 As he stormed off ahead before my explanation there was more than one Lions, the woman with him turned to me, shrugged, considered an explanation but simply shrugged again, smiled and sloped off in his wake, resigned to a long night.

Gloucester’s season was not the only thing coming to an end. The G section of the A-Z of the iPod reached its conclusion, all 498 tracks from The Lemonheads to The Kills.

It was a relatively short sprint with some old favourites in The Lemonheads, The Clash (Guns of Brixton – twice – and Groovy Times),  REM (Green Grow The Rushes) and Half Man Half Biscuit (Gubba-Look-A-Likes) plus less frequent, but very welcome, visitors in I Am Kloot (Great Escape), Stornoway (The Great Procrastinator), Charlotte Hatherley (Grey Will Fade) and Drive-By Truckers (Guns of Umpqua).

And there was some classic country, two versions of Dwight Yoakam’s Guitars, Cadillacs… which always takes me back to a US road trip and a cover version in a bar during a memorable night in Austin, Texas.

You’ve got to do something when there’s no rugby.

* Two more have been announced between writing this and posting it.