JOURNALISM is pretty much unrecognisable from the days a local weekly first decided paying the clueless kid who had been working for nothing for a couple of weeks was in some way a good idea.

Still expect to be uncovered as a chancer who has somehow blagged his way through a career lasting nearly three decades, countless threats of redundancy and some surprisingly senior positions. 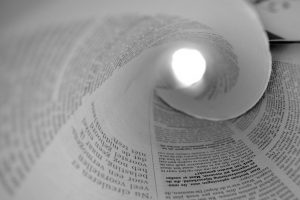 Whatever the platform, key basics remain the same (regardless of what some people say) – get the facts right, present them in a readable fashion in something approaching correct grammar and house style, descend on free food without bothering to ask where it came from… – but far more has changed.

Print has been gradually squeezed aside – not totally, there’s still enough of us fighting the good fight – by the rampant advance of the internet.

And that’s fine, anyone sat hankering after the good old days is not really doing the job of a journalist and offering a true reflection of what is happening. As long as those basic tenets of the job remain in the place (although more reverence for subs is always welcomed).

Technology has transformed life in the office from the days of sketching out pages and print commands on paper to be replicated by cutting and pasting printouts into an approximation of my messy scribbles, now reserved to the lists on the A4 pad to the right of my mouse as everything happens on the screens (another big change) in front of me.

But rarely can a reporter’s relationship with technology have changed as much as the one they have with phones.

Once upon a time the only way to get a quote or speak to someone was to go and physically meet them or pick up the phone. They might fax you a statement – look it up kids – but chances are you had to take down what they said and go from there.

The office’s first mobile had to be shared around and was only any good if you had strong arms.

But relationships with phones have changed.

'we get people coming for jobs who are fantastic at technology but terrified of picking up the phone. You can't conduct your entire life on social media – you need to pick up the phone or knock on a door’ says editorial director Kent Messenger Group @iancarterKM #NISCDF

Reporters are never far from their phone, be it checking social media, filming something for the website or picking it up and scurrying off into a side office to make a call.

Not all of them by any means, but it does seem to be growing trend.

It can be intimidating but don’t worry, the people around you aren’t that interested in what you are saying (and are probably too busy to take much notice) and one day all those side offices might be busy – as happened to one work experience lad in our office who was totally lost at what to do next when he found the boardroom was being used for… well, something close to what it is meant for.

It is not the first time phones have caused work experience youngsters issues – one looking aghast when asked to ring around and check some details for an online articles, descending into tears and never returning after lunch on their first day. 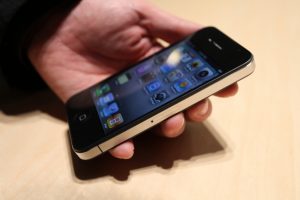 A Twitter debate sparked by the above tweet revealed tales of phones being taken into toilets so they could be used in private. Just hoping it wasn’t hands free.

Work experience can be abused by both sides, either as cheap labour or a week away from education, but it can be hugely beneficial. Not only are extra bodies always welcome in the office but, used properly, they provide a valuable insight into life in a newsroom.

Have seen more than one talented youngster start as a workie and become a fixture around the office before starting a successful career, but there’s also been some tales of woe. Also bumped into one again a few weeks later when she recognised me in a rather dodgy club where she was working. Wearing rather less than she had in the office, even less for a few quid more.

We used to have a white board in the office which had a tally of “Days Since We Last Lost A Workie” as it became such a frequent event.

More than one has been reduced to tears – at least in one case by being asked to, you know, experience some work – while another felt a bit tired so went for a lie down on the seats in reception.

Had to escort one from the premises after he had been sent with a reporter to a football press conference and posted most of it on his fans’ blog before he had returned to the office – initiative maybe but breaking an embargo and giving away our back page lead for the next day to the very people we wanted to read it.

But star of the workie wall of fame was the lad who got sent out on the trainee rites of passage – a vox pop.

They are horrible to do – had one senior reporter walk out never to return after  increasingly desperate calls to the news desk as he struggled to stop people with a deadline looming – but being sent onto the streets of Cheltenham was too much for one would-be reporter. 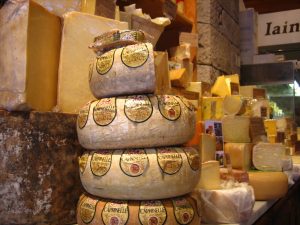 “This shit’s horrific” he tweeted with an explanation of what he was doing.

And he would have got away with it if it wasn’t for those perishing subs who spotted it in a search for tweets mentioning Cheltenham to fill a space.

By the time he arrived back, several hours and nowhere near enough successful responses later, “This shit’s horrific” was plastered across the whiteboard and has become a long-standing office joke.

Along with something about plastic cheese, but that’s a whole other story.

Hard To Explain is still a great song mind.

Christmas has come early. At least in the incessant, highly-repetitive soundtrack from the speaker (currently drowned out by Bob Dylan on the radio) which appeared on the lamppost outside to accompany the skating rink which will be there until the new year and the Victorian Market which is resulting in a lot of fake snow being traipsed inside. 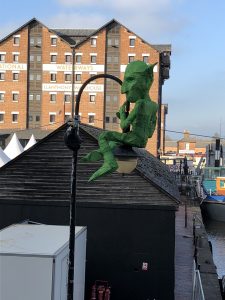 Quite what the green monstrosity clinging on for dear life next to it has to do with Christmas, God only knows.

It appeared without warning one night. Returned home, looked out the window and there it was, perfectly framed to the right of my TV.

And it is even worse in the daylight.

All I want for Christmas is to avoid nightmares.

All that’s true this time, but there is the added reason of finally getting to a lot of jobs on the website which have been meaning to do for ages.

Nothing major and there’s still a few tweaks to do but if you have a quick look around and click some of those links off to the right, there’s some new pages and sections which should make it easier to find stuff or stumble across something you didn’t know you were looking for.

There’s even my first attempts at playing around with video in the new Overlanding section.

Apart from tidying things up, it’s all designed to house some new writing ideas in the new year.