WE have touched before on this journey about how certain songs can transport you to places and times far away.

In a sense, that’s what this A-Z journey through my iPod is all about (apart from catching all the bits that have somehow hidden undiscovered), stumbling across tracks that spark something in my head vivid enough to jump out onto the page.

Many tracks have taken me back in time, to places from my travels or people encountered along the way. Ryan Adams  even summoned memories of a bank holiday kitchen clean and ongoing battles with an errant flatmate.

Goddess On A Hiway takes me back to two days on a sofa in a French ski resort.

Not just Goddess On A Hiway, the whole of Deserter’s Songs brings back a long 48 hours or so when venturing too far from the sofa, doubling as my bed in the small apartment for a week’s skiing on a budget, would have been far more of a challenge than any black run. 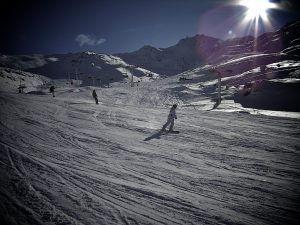 It had all been going pretty well for the first few days, exploring the pistes (limited, but enough for us) and the evening delights (seriously limited) of Val Cenis, not a resort as much as two strung-out villages on the valley floor lumped together under one marketing umbrella.

We’d investigated pretty much every bar (think we’d covered that on the first night), becoming regular enough visitors to have our favourite spot at the bar in the one nearest the apartment. Next to the bloke who operated one of the lifts having his late-night pastis.

Food options were not that much more plentiful and we had revisited the one main option – small, rustic, nice tartiflette – before heading to the quiz night arranged by the various reps in the resort to bring their various clients together.

And just as we were waiting for the questions to start, it became obvious that maybe the tartiflette was not quite so agreeable to my system and it was a quick sprint – very quick, considering my health, state of fitness and the icy roads – back to the apartment.

Will spare you the details, suffice to say it was a double-edged impact through a long night (and no doubt very unpleasant one for the person sharing the facilities with me) and many ski trips later have still not managed to face another tartiflette. 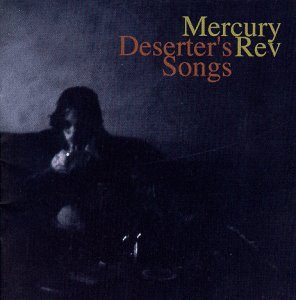 But it did leave me on a sofa listening to Mercury Rev for a couple of days.

There was another album on the flip side. Pretty sure it was The Bends. The years don’t quite add up, but my cassette version did play slow so pretty good chance it got taped onto a C90 – part of the routine ahead of each new year ski trip.

Along with my back giving way and a trip to osteopath.

Had thought it might be Grandaddy’s Sophtware Slump, but too early. That must have been the soundtrack for another ski trip, Livigno if my chronology is right.

It was definitely Deserter’s Songs in Val Cenis. And it provided the soundtrack to reading Douglas Coupland’s Girlfriend In A Coma. 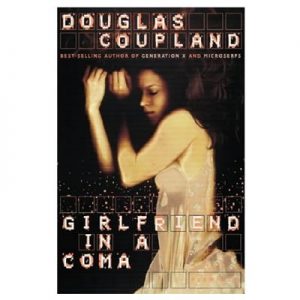 The Smiths may have provided the title – as briefly glimpsed in the previous post – but rarely can a book and an album have been created to work so well together. At least for a bloke feeling rather sorry for himself on a French sofa.

There is a theme running through the album of leaving (walking away according to front man Jonathan Donahue), but more of a mood which fits in with Coupland’s eco tale  of unexpected second chances and sacrifice – both personal and global.

If somebody ever makes a film of the book and does not use Deserter’s Songs – NME’s album of the year in 1988, when it is was still relevant and worth consuming, but we’ll get to that in the next post – is missing a trick.

It is not the only album or C90 that brings back memories of a holiday, a rather different one to the Greek island of Zakynthos soundtracked by the wondrous Doolittle by the Pixies and the eponymous debut from The Violent Femmes.

There’s tales to tell – just not here – about moussaka, suppositories, darts and girls from Blackpool to the sound of Black Francis and Gordon Gano, who popped up twice on this latest stretch of my iPod from Kendrick Lamar (see, it’s not all “white boys with guitars” to quote John Peel) to Eileen Rose with Gone Daddy Gone and Good Feeling.

There’s also been contributions from a couple of acts installed on this summer’s gig list, actually on the same night in (bizarrely) an arboretum – God’s Footballer by Billy Bragg and Good As Gold by The Beautiful South (actually just two of the band at the gig, but you get my drift).

And there’s been plenty of stuff from people who crop up in my live history.

Echo &The Bunnymen were my first proper gig and are also on the list for the next few months (with full orchestra evidently) and we went right back to the early days with Going Up.

Seen Carter USM (Good Grief Charlie Brown) multiple times early in their career, courtesy of their habit of playing the Banana Club at Gloucester Guildhall, while saw Sugar twice inside a week.

Surprised my hearing had come back in time for the second gig, both of which were opened with the triple-headed assault from the start of the still great Copper Blue album of which A Good Idea sits in the middle (by which point was hopping around after standing on a pint glass in the mosh pit first time round).

Also saw REM twice in a week – a contender for best gig in Newport, not so much in the bigger surroundings of the NEC – and they popped up with Good Advice (not one of their best). Ryan Adams would also be high on the best gig list and he popped up with Gonna Make You Love Me.

The Wonder Stuff (supported by Ned’s Atomic Dustbin) would not be so high on the list, not just because of the effect on my ribs of being wedged against the barriers before spending a night shift pressure testing fuel injection systems. Not to be advised with sore ribs. They popped up with Golden Green.

Never got to see The Jam (not that old) who cropped up with Going Underground. but did see Buffalo Tom (who provided a cover) and judging by early hearings of their new album it may be time to end a long wait to repeat the experience.

Sadly, never got round to seeing Pavement (Gold Soundz, twice) or Super Furry Animals (Golden Retriever), but have sat across a Cardiff pub from various members of one of them on a few occasions.