I’m never gonna be the handyman around the house my father was
So don’t be asking me to hang a curtain rail for you, because
Screwdriver business just gets me confused
It takes me half an hour to change a fuse
And when I flicked the switch the lights all blew
Billy Bragg – Handyman’s Blues

AS so often, Billy’s got a point. My Dad could mend a fuse, hang a curtain rail, heck he even built an extension on our house and converted the attic into my teenage bedroom.

He tried to teach me. We built a picnic table together which stood for years in the back garden, much to the amusement of the neighbours when they drove up the road to see a Labrador looking over the fence having used the bench as a step to climb on top. 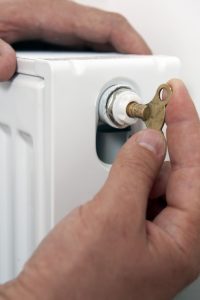 But my main role was labourer, digging the footings for the extension on the back of the house  or cutting down, removing the roots and shifting the extremely heavy trunk of flowering cherry tree which was getting a bit close to the front of house for comfort.

The trunk stayed in the garage for years because “one day I’ll do something with it” and it was still heavy every time he cleared out the garage (one full Sunday about every three months) and when we did it one final time before selling.

Maybe rugby wasn’t to blame for the bad back.

Dad was not the perfect handyman. There was normally one final job on each scheme which was never finished, usually involving a door knob.

For years we had to open a couple of doors with a screwdriver, which was a bit awkward whenever visitors wanted to use the bathroom and resulted in my sister getting stuck in a dark, cramped downstairs cupboard.

If any of my efforts were actually passable with the help of a screwdriver, that would be a major success.

No, that was one thing he never passed on.

What he did pass on in the genes was life as a Gloucester rugby fan.

In Gloucester, that’s not so much in the genes as in the water. Or the cider.

There’s a sort of path to manhood well trodden over the years – a first trip to Gloucester’s other cathedral (more commonly known as Kingsholm) as a child, a spot of mini rugby, more trips to Castle Grim, school rugby, first forays into the heart of The Shed (home of the one-eyed – don’t look too closely, it might not be a figure of speech – passionate Cherry and White fan), Saturday afternoons not watching but playing at one of the selection of local clubs and, gradually, adjusting back to life among the faithful, roaring Glawsterrr with a distinct accent (and a growing number of rs) and passing on all the knowledge gained during that time on to a referee who surely must be ever so grateful.

The tale varies a bit. Some skip the playing – increasingly these days – and, whisper it quietly, some have made the switch from the round ball to the egg. They are the ones who call the touch judge lino.

Sure fans of every team will say the same, but it’s not been easy. Far from it.

Google the record defeat in finals of rugby’s major domestic competitions (please don’t) and Gloucester’s name appears. More than once. One of them after we had finished top of the league by 15 points in the regular season and had not played a meaningful game in weeks.

Last season we beat the reigning English and domestic champions. Again. Twice. We hammered the side that finished top of the league. Again. We won away at the side leading the French league who had not lost at home all season to book a place in the European Challenge Cup final. Again.

We were also the only side in the Aviva Premiership not to win consecutive league games all season. We lost a 31-7 lead to lose our opening game. We lost from 12 points up with seven minutes to go later in the season.

That last one was followed by our coach pretty much quitting on Twitter. All part of a season which saw a proposed takeover blocked by rival clubs who, perish the thought, did not want one of their rivals being better funded.

And our star signing decided he did not want to come home from France to press his England claims, but preferred to stay in France. Where they pay really well.

This season? Well, so far so familiar. We beat the champions at home under our new coach on the opening day of the season and promptly lost the next two games on the road – the second courtesy of conceding 21 points in pretty much as many minutes to start the game.

Amid all this, some of our supporters seem to think the most important thing to worry about is that the club has been handed some much-needed money in exchange for putting a sponsor’s name in front of The Shed. Which we all call The Shed regardless.

And there’s the one-woman crusade to ensure the players properly acknowledge the fans after away games.

Would we have it any other way?

Yes, winning is nice. In fact, it’s great fun. Winning without biting your nails until the last moment is terrific. Or so we have been told.

But what cost would we put on the type of success, say, that Saracens’ fans have got used to in recent years?

Have nothing but admiration for the Saracens’ playing set-up. They have some fabulous players, superbly coached and playing to a system that they all buy into and commit to 100 per cent.

Walked out of Kingsholm after we had played Saracens in the Anglo-Welsh Cup last season alongside some away fans.

Against all the odds, a team of fresh-faced kids and fringe players had come from nowhere at half-time to snatch a dramatic late victory against a side shorn of their international stars, but still expected to win. They always are.

And walking away from the ground with the Saracens fans, the older two asked the younger – probably late teens, presumably the son – what he had made of his first visit to Kingsholm. It was, they assured him, one of the best places to watch rugby.

That’s not the way he saw it. Where was the entertainment? Where was the music? Wasn’t it unfair on Saracens that the home crowd made that much noise? And shouted at the referee? And it was unfair that they had lost (he seriously said that).

Do we want that? An expectation that winning is the only thing. That we are there to be royally entertained (rugby aside), before, during and after the match. And that victory is his right as part of the admission price.

Or does all that frustration, heartache and slightly shambolic nature somewhere at the heart of the club make every little victory that much sweeter?

Probably. Especially if we could win something a bit  more regularly.

Whatever the answer, the faithful will be back there tomorrow when we face Worcester for that dreaded event – a game we are expected to win.

It’s in the genes, you see. Not just me, my sister has – however much she tried to fight it – become infected and will be sat in the main stand. One or both of her daughters – both of whom have or do work for the club – may join her, while her son will be working in the press box as part of the club’s media team (where did he get the idea to work in the world of rugby press?).

And her husband will be stood alongside or more likely, for some reason, just behind me as part of our little gang in The Shed. Trying not to call the touch judge lino.

He would certainly approve of the latest section of tracks on the A-Z journey through my iPod (remember, what this blog is actually about before certain diversions) from Bonnie Prince Billy to The Breeders as we get nearer to the end of another letter.

We have stood next to each other at gigs by Sugar (Fortune Teller) and Half Man Half Biscuit (For What Is Chatteris) and would have done at Art Brut (Formed A Band, twice) who both of us came to late as homework after snagging review tickets for a Gloucester gig which was cancelled.

There were other highlights in a short section – A Forest by The Cure,  Four Flights Up by Lloyd Cole & The Commotions, Frank Mills by The Lemonheads (a throwaway album track which is always the one that ends up stuck in your brain), Freak Scene by Dinosaur Jr and Freakin Out by Graham Coxon.

Although at least one friend has a similar view of Coxon that a young Saracens fan has to life in The Shed.