TRAVEL took centre stage this weekend, although not to the extent the man in the wheelchair who did his best to run me off the pavement on Sunday morning would have liked.

Not quite sure what led him to his conclusion a long journey was in order as fast as possible.

Perhaps it was the slightly scruffy hoody in the rather salubrious surroundings of Kensington High Street, the lingering outside a branch of a well-known electrical goods shop to discover it didn’t open for another hour or my reaction to the cyclist who had  shot out in front of a bus, vociferously (and less than politely) haranguing the driver for daring to prove his horn was in as good a working order as he had just proved his reflexes and brakes were.

The hand gesture from the cyclist to my passing comment was predictable, the sudden appearance of the guy in the wheelchair from a shop doorway was not.

Have done my best to avoid being run in front of another bus, my efforts were rewarded by his request – tidied up considerably for a family audience – for me to get out of the country and return rapidly to my point of origin.

Not sure he was expecting to be answered in English and that Gloucester was only about 100 miles away, but some bee had got in his bonnet and not sure any response would have convinced him of my right to be setting foot in his country.

All rather bizarre and out of keeping with the rest of an enjoyable weekend, catching up with friends, being a bit of a tourist, getting some travel inspiration and firming up a few ideas for further trips and the future of this website.

The event that drew me and huge crowds – must have been about a million and a half of them, huge crowds, massive, whatever any pictures or official figures may suggest – was the Adventure Travel Show at Olympia.

It is, for the travel geek, a chance to discuss future travel plans and form a few new ones with a wide array of exhibitors – particularly my old friends at Oasis Overland, who managed the not inconsiderable task of getting me round Africa in (almost) one piece – and to listen to a few talks from people who have been there, done that, written the book to prove it.

And it was sat in one of those talks that something struck me.

Most of the talks were hugely entertaining, inspiring and were almost enough to have me scurrying for the nearest tour operator and getting the credit card out.

But one struggled to keep my attention and as my mind began to wander, something became clear.

That million and half people who had crowded in (or some alternative, slightly smaller, number if you are really after facts) to some of the more popular talks heard about any number of unusual journeys.

And all of them had a  passion for travel and exploration – they wouldn’t have been there otherwise (unless somebody had brought them in just to clap, laugh and cheer at the appropriate moments… maybe too much time spent watching the news).

But how many of them are really going to walk solo across the Kalahari, ride a chipmunk the length of Route 66 or unicycle up Everest? Not too many. Otherwise it would get a bit crowded with a million and half people crowding into a desert, never mind the centre of a major capital city.

There is nothing wrong with wanting to do something adventurous, hitting the route less travelled or doing it in an unusual manner. Nor is there anything wrong with writing about it, be  it a blog or a book – if they are as entertaining as some of the speakers at the weekend, sign me up for a copy.

But having ignored that request to return rapidly to where my kind came from, a hunt around the travel section of a large book store revealed two main kinds of books – guide books to specific places and the tales of those very specific adventures.

Which leaves a middle ground – a place worth heading to rather rapidly for the future of this website. 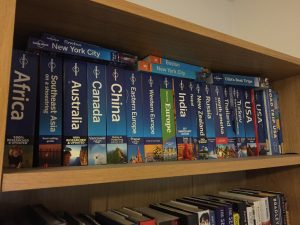 The vast majority of those few hundred in the audience (sorry, facts are facts, no alternative, regardless of who won a vote) and those outside at the show visiting the stalls will head off with a guide book and explore new horizons. The top shelf of my bookcase will testify for my willingness to do just that (or just to read about these places).

But a good number of them will sign up with one of those exhibitors for something in between, an adventure and a journey of a different kind – breaking fresh ground for them, but organised to varying degrees by whichever firm comes nearest to their needs.

And where is the stuff for them to read? What is available is usually on those firm’s websites, some of which are better written and better presented than others. It provides the facts, but does it really provide the colour? The truth beyond the itinerary, what to pack and what excursions you can do along the way?

That’s the gap in the market which this blog is going to attempt to fill in some small way – the stories, the colour, the (sometimes harsh) realities and, yes, the smells of overlanding.

Like the crowds for Trump’s inauguration (and unlike the following Women’s March), my experiences will not come close to filling every available gap.

But over the coming weeks and months, this blog will share some tips, advice and stories about overlanding – hopefully with contributions from people with far more experience and any readers, please feel free to leave a comment or get in touch.

We’ll see where it takes us.

And for those of you here for the A-Z iPod Challenge, don’t worry that will continue alongside the travel articles (which, after all, was the initial point of this website). 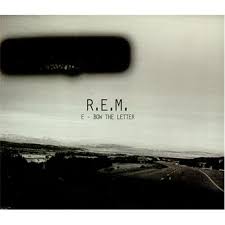 There’s still a long way to go on that one after reaching a couple more landmarks in the latest section from REM’s E-Bow The Letter at 2,900 to Elvis Presley Blues by Gillian Welch.

It took us past the 10,000 to go mark (possibly not for the first time with the fairly regular additions to the collections) with Each to Each by The Gutter Twins at 2,907 and beyond 3,000 with The Stone Roses’ Elizabeth My Dear.

Along the way there’s been old favourites – Ease Your Feet In The Sea by Belle & Sebastien, Eat Yourself Fitter by The Fall – and a pair of triple appearances from The Beatles, Eight Days A Week and Eleanor Rigby, while Godspeed You! Black Emperor soundtracked most of a journey home from work, although at 17.58, East Hastings clocks in at one of their shorter contributions.

The picks of a not particularly inspiring selection were Elephant by Jason Isbell, Elevator Operator by Courtney Barnett and, maybe slightly surprisingly, one of last year’s best tracks, Eat Shiitake Mushrooms by Let’s Eat Grandma.

But hey, nothing should be counted as a surprise from the last 12 months.