FOUR years ago, this day was spent journeying through three US states.

It kicked off going to bed on a big green bus in Seattle, Washington (while listening to Nirvana) in the early hours, breakfast was on the road somewhere in Oregon and much of the day was spent in the Redwood State Park, California.

The evening was spent celebrating my 40th birthday in fairly riotous fashion in the town of Arcata while the mist that swathed the Golden Gate Bridge as we arrived in San Francisco the following morning was somehow in keeping with the state of my head.

Four years on, 44 has arrived with my head in a better state, bar being a bit bunged up from hayfever which meant it started far too early, albeit in my own bed (listening to Radio Five Live). Breakfast was in Cheltenham, while much of the afternoon has been spent sat tapping away at this laptop and my shiny new present to myself, which comes complete with an Apple logo on it. The evening promises much of the same.

Things have changed a bit over the past four years.

And they promise to change again – next year’s birthday will be in… well, not sure, but somewhere in east Africa. Possibly Tanzania or Kenya as a 10-month trek around the dark continent enters its last couple of months.

Wherever completing another year happens, this leisurely saunter (or long trek – opinion dependent on the quality of songs which pop up on my iPod) from A to Z will still be going strong. At the current rate, we will be somewhere on songs beginning with G…

It’s all making 10 months around Africa look like a bit of a sprint.

It also means we are very much still in the foothills, having just began the road through B, which started with B+A by The Beta Band and has been dominated by songs beginning with four words.

Baby… took up all of a journey to Cardiff and a couple of trips to the tip, Back… a very loud journey back to Gloucester with Bad… taking over the daily commute to and from Cheltenham (which goes to show when and where most of the required listening goes on) before this section ends with the beginning of a run of Ballads.

The Baby… section – which managed to include Babylon’s Burning by The Ruts blaring out on one trip to the tip to dispose of the detritus left lying around my house by the departing tenants – was, to be honest, not the most thrilling run of tracks.

It had its moments – Baby from Warpaint or Baby Missiles by War on Drugs, although not sure that was really worth three versions back to back – but was largely forgettable.

Thankfully, it got back on track as we moved into Back…, which all kicked off with Back At The Farm by White Denim, who also sent me off on a major detour from the direct route from B to C. 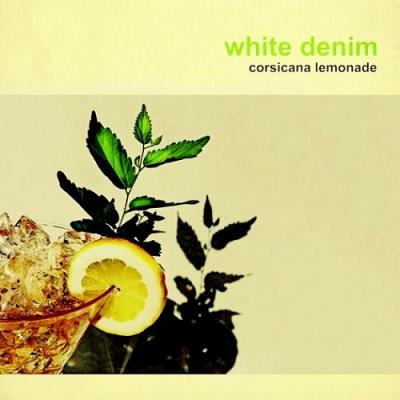 Their Corsicana Lemonade album popped up towards the tail end of last year and convinced me to stump up for a couple of tickets to see them in Bristol and wave one of them under my brother-in-law’s nose as his Christmas present (mine in return was one to see Half Man Half Biscuit).

But it rather dropped off my radar in the intervening months and so the A to Z trip had to be abandoned for a rapid reacquaintance. Not that rapid – we got an extra nine day’s grace as the delights, commercial and otherwise, of an appearance on Later… forced a postponement.

And was it worth the wait? Well, yes. Probably.

They pack some good songs – particularly the wonderful At Night In Dreams, which appeared in the last post – and are all fantastic musicians, particularly the bewildering drummer. The lead singer comes across as the love child of Marcus Brigstocke and Richard Ayoade while the guitarist and bassist, stood resolutely on the opposite side of the stage, appear to have come straight out of central casting for two diverse, stereotype figures you might find in a southern bar.

They are good, but they really need to realise not every song has to be drawn out beyond its natural boundaries – for almost the last hour, you are convinced this just has to be the final song as they cannot keep drawing bigger and bigger climaxes and jams out of each track. Oh yes they can.

Back to the Backs and classics from two of the keys bands which soundtracked my teenage years (and much of the last three decades, to be honest) – Back of Love by Echo and the Bunnymen, sung very loudly (twice) on the journey back across the Severn, and the beautiful Back To The Old House, the finest entry by The Smiths yet.

Bad… was, well, better than the name implies. Courtesy of an influx of new songs to my iTunes, Bad Habit by The Foals (a band which have yet to really grasp my attention) took the honour as number 600, just ahead of Bad Losers On Yahoo Chess by Half Man Half Biscuit.

And then we got Bad Romance. Yep, the song by Lady Gaga, which sits a bit incrongruously here. Especially next to Half Man Half Biscuit, although perhaps that’s her next wacky costume.

It’s just not by her, it’s an acoustic cover version by a young unsigned American called Juliana Richer Daily who first popped up on my laptop during a search for a version of Wake Up by Arcade Fire to use above a promotional video in my previous life working for a travel firm.

Not only does she do a fantastic version – one of several great covers on her YouTube channel – she has moved from Upstate New York to Nashville and is about to release her first album.

And people have accused me of being obscure.

Which all brings us to the end of this section with the start of the surprisingly long Ballad of… run which took us as far as more Half Man Half Biscuit and Ballad of Climie Fisher.