WHILE this blog was making the journey from one of The Beatles’ perkier (and more forgettable) little numbers to Leonard Cohen being less than perky, the music media has been dominated by two topics.

One, the reassuringly well received Record Store Day, has been worth marking. The other, the saturation coverage of Britpop’s 20th anniversary, was less deserving of such attention.

Record stores have proved landmarks for the way my life has progressed and both their and my fortunes have ebbed and flowed.

Growing up, the compact, bijou HMV was the place to head in Gloucester (Our Price on The Cross was a good place to meet outside, but carried early signs of the soulless, sanitised, sleek – and struggling – hangars which chain record stores became) and perhaps explains why music somehow still fits better with a darkened room.

The surly blokes behind the counter (always blokes) seemed to be the height of cool and a Saturday job amid the narrow aisles (both of them) and enticing record racks was the dream – certainly more than wearing brown flares and weighing fruit and veg at Sainsbury’s.

As the years rolled by, Badlands in Cheltenham became my lunchtime refuge from work and my first lunch hour after moving to Cardiff saw the start of a regular trip to the wonderful old Spillers shop. Those trips had to be rationed due to a complete inability to go in there without spending money.

Spillers, in new premises, remains among the first places to go on trips back to Cardiff but, sadly, trips to record stores are far more infrequent as digital has taken over (but their regular e-mails are always welcome in my inbox). 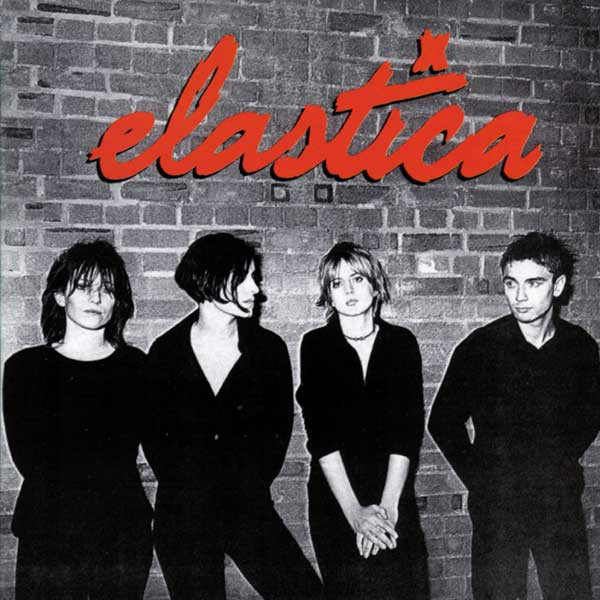 It had its moments – Elastica’s All-Nighter was the 95th and, thanks to that hyphen, last of the songs beginning with All – but, as with so many ‘movements’, large chunks of it were pretty rubbish.

BBC Two had to resort to big guns Pulp, Oasis and Blur twice each to fill their Britpop at the Beeb, while not even sure the members of Powder would have remembered their contribution.

And was it ever more than just a handy marketing ploy?

Pulp were veterans of more than a decade plugging away without much success, while can you really drop the likes of Echobelly and the oft-overlooked Auteurs into any shared pigeonhole, other than being British? Not sure The Auteurs (sadly their album New Wave was left in the cassette player of a courtesy car) can even be classified as pop.

Nor can large chunks of Radiohead, often dropped in to the mix purely by dint of The Bends appearing around the same time, really be compared to Sleeper, The Longpigs (one of the better ones) or any number of long (and best) forgotten acts?

As for the big rivals which took the scene into the headlines, even Oasis and Blur didn’t have too much to lump them together into the bracket which holds them in permanent proximity.

Blur have had their moments, reinvented themselves often enough to remain interesting and will pop up from time to time throughout this journey, but the popularity of Oasis has always remained a mystery.

Well, not always. The swagger of Definitely Maybe did briefly put them well up in my affections. But, sadly, that initial swagger has morphed into the laddish pub singalong boorishness which has trademarked so much of their career. And have you ever bothered to look at some of their lyrics?

Somehow, that didn’t stop me agreeing to go to see them at the Millennium Stadium the week before Christmas. The Foo Fighters made the whole experience worthwhile, but Oasis did little to change my mind – although my presence was not as mystifying as the fact somebody thought a stadium gig in Cardiff, in December, was a good idea. It was too cold to hold a pint and several pizzas were bought, not to eat but to warm our hands.

Still, better than Ocean Colour Scene. Or Toploader. Soundtrack to Dante’s third circle of hell. Or an edition of The Naked Chef.

If Britpop is thin on the ground, there is plenty of guitars of the jingly jangly variety from the 1980s, which is where The Weather Prophets pop up in this list with Almost Prayed.

There’s been a few doubles in this section and a couple of bits of potential sacrilege – prefer Nick Cave and the Bad Seeds’ version of All Tomorrow’s Parties to the Velvet Underground’s original and, most definitely, would opt for Echo and the Bunnymen’s All You Need Is Love to four (yes, four) from The Beatles. That was a tough drive to work.

From the seemingly endless list of All songs and even more endless run of Beatles, we have now careered past 250 (Almost Love – Nada Surf) and are just a few tracks away from dipping below the 11,000 to go mark.

That is until a batch of new releases are added to the list tomorrow. D’oh.