ONCE upon a time, in lands far, far away, overland travelling was a very different experience.

Roads on which we have sped along smooth asphalt in a matter of hours had a reputation as being mud-soaked traps waiting to snare trucks and cause hours of digging and slow progress to less than a crawl.

Communication with home was restricted to the odd postcard and, maybe, just maybe, a phone call from a major city, while trying to keep up with the Ashes score or the latest from the Tour de France from the heart of Ethiopia took some serious digging.

But things are changing, the Chinese playing a major role in paving a smooth ride through large chunks of Africa.

What they are getting in return from countries rich in natural resources but not so rich in the means of making full use of them is one to mull over, but the invasion of Chinese civil engineers has been welcomed by those of us bounced around in the back of the truck on the still not insignificant stretches of virtual off-roading.

Possibly the clearest indication of the Chinese influence came as we crossed, eventually, from Nigeria into Cameroon onto a stretch which has become legendary on Trans Africa trips for the deep mud, slow progress and plenty of digging to keep the truck moving.

See any pictures from past Trans trips and they are likely to include at least one of travellers caked in mud around a stranded yellow truck. It will be from this road.

Instead we whistled along the nice new road – so new, it was still being finished – bar a turn off to camp on the old road, where the heavens immediately opened and we discovered just how quickly it turns into a messy bog.

Thankfully, given the events of that night, there are no more pictures from this stretch.

But the biggest change in overland travelling has come with the digital revolution and the ease with which we are able to keep in touch with the real world.

Not always. One of the reasons bush camps are so popular is that we are far removed from internet access and instead of burying our heads in laptops and phones, we are (perish the thought) forced to talk to each other – although local SIM cards did enable Joe to give us the nightly reading of the scores and transfer gossip during the football season.

Certainly, on arriving anywhere remotely built-up, earlier tour leaders did not have to deal with the twin questions asked repeatedly and often before people had even left the truck – “Is there Wi-Fi?”, followed immediately with “What’s the password?”.

And so as everyone moans at everybody else for using the internet and slowing it to a crawl for them, everyone reaches for their array of appliances and conversation dies, bar somebody pointing out the latest ludicrous transfer news affecting their team, while we like and comment on the Facebook posts the person sat two yards away has just put up.

But since we turned north into Ethiopia to start our final leg of this epic journey, there has been a distinct shift in mood reflected in how we use our precious internet minutes – free access to which has provided a huge boost to the takings of one Addis Ababa bar round the corner from our hotel.

Instead of Facebook, sporting results, checking for any important e-mails from home among the piles of spam and attempting to load blog posts, there are, all of a sudden, practicalities to be dealt with as reality takes a stronger hold on our thoughts.

For those of us not continuing travels, flights home are being booked (with a new, slightly delayed arrival in Cairo prompting one or two worries among those who have opted for an earlier flight) and the search for jobs and arrangements to resume normal lives is underway.

And with it, thoughts have begun to drift to lives at home and while most of us are in no undue rush to board that flight home – via, in my case, a layover in Jordan that is not quite long enough to get out of the airport and chalk up another country – the countdown to the end of the trip (or anything which might be waiting for us at home) is under way in earnest.

Which is all a little bit unfair on Ethiopia, which deserves a lot more of our attention (certainly more than the handful of pictures which added to my collection since we crossed the border with Kenya, partly due to photo fatigue and partly due to the risk of losing hold of my phone as we bump along in the back of the truck and breaking a fourth camera on this trip).

It marries a fascinating history (which we will be sampling in the next week or so) with some beautiful scenery and, as the only African nation not to be colonised, retains some unique culture.

Our stay in Addis Ababa – prolonged by those visa delays which will see Joe left behind for 24 hours or so when we finally roll out in a couple of hours – has seen us spread over the city, searching out the things to see (lots of museums, evidently), buy, eat and drink (plenty of coffee for those who are that way inclined and some decent beer) and reliable internet. Some of us may have done a lot more of the last few things than the first two.

All with plenty of willing guides keen to show us places of interest. For a small fee, of course, whether you wanted them with you or not.

You get used to it, even when you tell them repeatedly that you know where you are going and have no money (quite easy when heading to the bank to retrieve the debit card swallowed by the ATM at the hotel, having waited in all the previous night for the bloke to arrive and empty it as promised).

What is frustrating is that you give short shrift to people who are genuinely interested in chatting with you, practising their English or just finding out what you think of their city and country.

We had been warned about all this as we headed out of Kenya, but found few problems as we headed off to the Lower Omo Valley to get a closer look at some of the tribes which make up those unique cultures.

Given the early start to head out to visit the Mursi tribe in the Mago National Park – and the state of the roads en route – maybe it was not such a good idea to do a thorough investigation of the local brews the night before, but those of us who signed up did make it in one piece.

What greeted us was a scene from another world. Or at least another time.

It was a fascinating, if short, trip. Especially for those who opted to contort themselves through the small door into a hut to hear the guide run through all we really needed to know. Those of us left outside were distracted by puppies.

And then it all went a bit weird as the tribes folk covered themselves in traditional attire – a lot of paint, spears, fancy headwear and large lip plates for the women – and posed for pictures. At a price.

Payment was per head, so the more people you got in the picture (singular, take more than one and that increased the price), the more you paid. Quite what the small children running around with their share of the bounty were going to spend it on was not clear, but they seemed keen for more.

Personally, it was all a bit unseemly and my camera stayed firmly in my pocket.

There were more tribes on view when we pulled up in the market town of Keyafer and proceeded to meander our way around what was on sale with a growing coterie of hangers-on and groups of small children, keen to follow us, hold our hands and, in one case, talk football in perfect English.

And collect any money on offer as soon as our cameras came out. 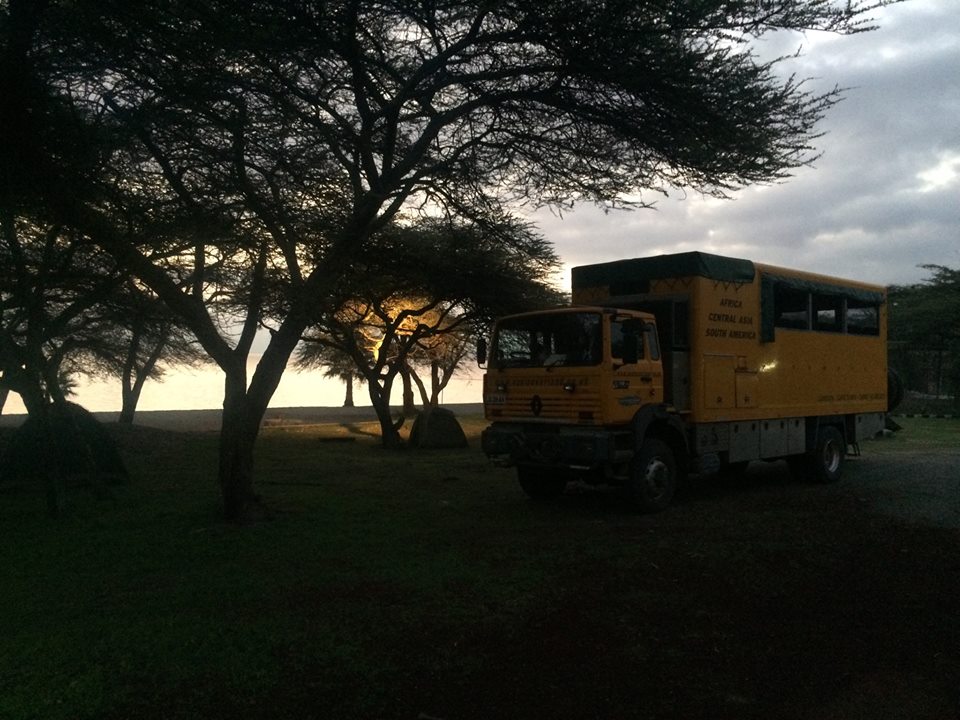