THAT great philosopher and lyricist Nigel Blackwell once sang: “There is surely nothing worse than washing sieves (With the possible exception of being Garth Crooks)”.

The Half Man Half Biscuit singer has a point, particularly the bit about Garth Crooks, but let’s flip it to be more positive – there is surely nothing better than crossing things off a to-do list.

A quick discussion in the office unearthed the fact that several of us delight in drawing up and crossing off lists – more than one of us admitting to adding things we had already done or started, just so we could enjoy the feeling of accomplishment of drawing a line through it.

To-do lists have become a key part of my life over the years, mainly in an attempt to replicate my organised work self away from the office, when outside distractions and a “why do it today when you can put it off until tomorrow?” attitude have taken precedence.

Deadlines have always helped sharpen the focus at work – them becoming a diminishing part of a journalist’s life has done little to help an industry fighting for its future – and that has always been an excuse to put things off until the last minute. My mind seems to work better under the pressure of a ticking clock.

And the clock is ticking to my next major deadline – November 4. Departure date for my 10-month trip around Africa.

There are three lists guiding the way towards that date – the Trans-Africa list, a kit list and my master to-do list – plus another one for a supposed writing and print schedule for this site. Let’s just put that one down as a target to work towards.

The master list details pretty much every facet of my life – work rota, bills to be paid, appointments, travel details, Gloucester rugby fixtures (the important stuff), jobs to do and anything that pops into my mind.

It can be accessed pretty much anywhere and continually amended much easier than the daily lists which first appeared in the build-up to my last major bout of travelling. On the downside, it makes it a lot easier to cut and paste a job to another day (writing this article has been shunted back constantly over the last couple of weeks). 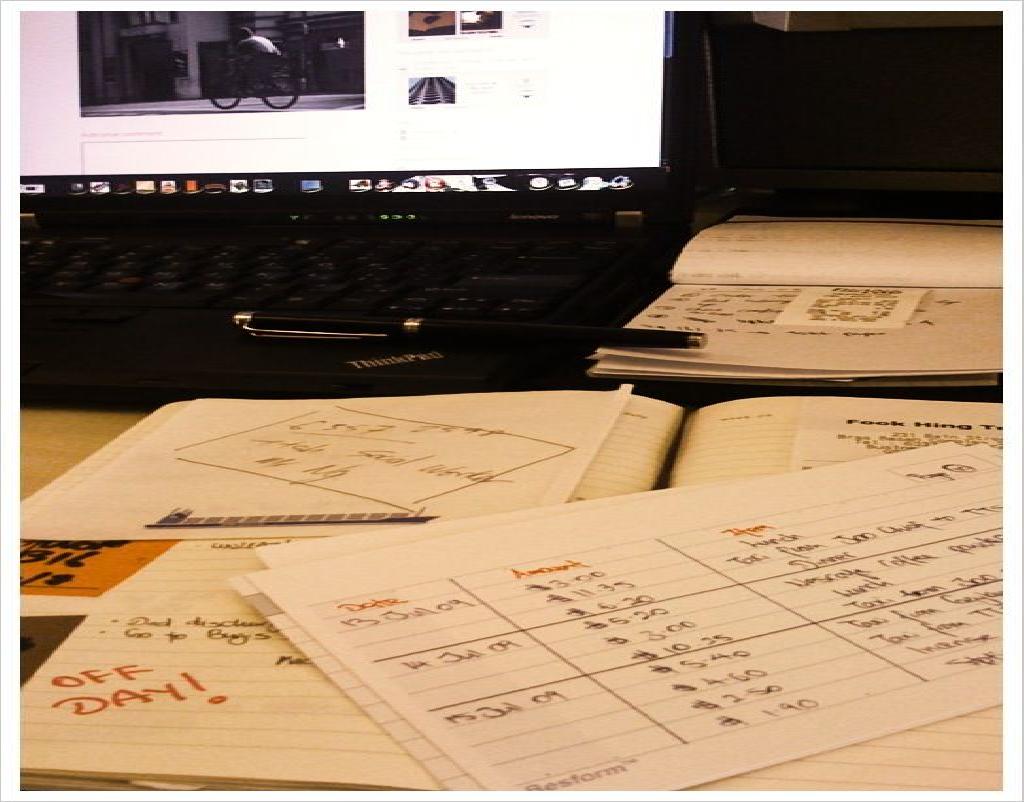 The kit list as it stands will probably require a second truck to transport all of my stuff around for 10 months. For the moment, it is more a list of pretty much everything which could be taken and, at some point, will need to be gone through in detail and split into two distinct groups – what I need and and what I want.

The latter has won out in the limited items bought or looked at so far – a shiny new MacBook Air definitely falls into the want category, but there are enough cogent arguments to shift it towards the need column, while the Variant III sleeping bag quilt and pillow both come under the need heading, but on a fact-finding trip to Nomad’s Bristol shop flashed up “want” in front of my eyes.

At the moment, the Africa list remains in the background and deliberately so.

There’s a lot on there – things to buy, questions to be answered, things to sort at home, jabs and medical advice to be sought, a flat to be cleared, more things to buy, visas to be obtained (thankfully just a couple before departure) and much, much more – but for the moment, it has been pushed onto the back burner.

That’s deliberate, bar a few things which needed doing early (a shiny new passport, complete with enough empty pages for the visas needed for starters), the plan was always to backload things, at least until after a friend’s August wedding in South Carolina. Then it all gets serious.

A few days off at the start of July – either side of the Edinburgh stag do – will get the ball rolling seriously (suggest talking to my doctor and bank might be a good idea), backed up by a week before jetting off to Charleston, but that last couple of months will see some fairly frenetic activity.

In fact, my to-do list following the Oasis Overland open day early in September, when that kit list will be slashed to the bare minimum, and, particularly, for the second half of October – after leaving work – is already more detailed than it is for next week.

But for the immediate future, and last few months, two things have dominated.

First has been sorting out my house in Cardiff, which provided an unexpected addition to the list when my tenants – installed during my last big trip from London to New York overland four years ago – announced they were not renewing the tenancy.

Their departure, coupled with the state in which they left the house, has provided some unexpected work and expense, not to mention shuffling of the to-do list, but bar a few bits of paperwork (and buying a new bed for the second bedroom) it looks as if that is all sorted and the issue of how to pay my mortgage while travelling around Africa in a big yellow truck without eating too heavily into my savings is sorted.

The second major issue has been sitting around on the to-do list for ages and now needs to stop being shunted down the list as it is overtaken by time restrictions, other distractions and laziness.

Getting fit and losing weight has been one of the priorities since first booking this trip and it now needs to take precedence.

Judging by the way most of my trousers are starting to fall down, the weight has started to come off but it is very early days and there’s a lot more to come. Attempts at eating better – weening myself off Coke for starters – needs to step up to a proper diet.

The fitness regime has been less successful. There’s the standard excuses not to go to the gym – just don’t have time etc – mixed with a bad back and, in recent weeks, what my osteopath put into layman’s terms as tendonitis of the patella.

But that won’t do any more. Attempts to walk a bit more – even parking further from the office each day – are just the first step and a prolonged return to the gym cannot be put off any longer. There’s even a bike sat in my shed in Cardiff which might finally get an airing.

Getting fit has passed from the want to need column and the clock is ticking. Starting now.