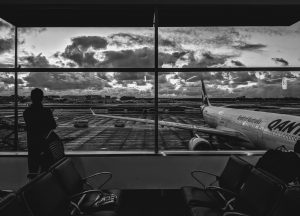 FORGIVE me if we have been here before, but the Travel Marmot has developed a few traditions over the course of the last few years and 250-odd posts.

Rather than neglect those traditions, this new year post ticks all those boxes – both in its contents and in the reason why it is happening now and why writing has been a bit delayed.

For those paying attention, the last new year’s entry – which did not appear until February so count yourself lucky to be seeing this now – involved the announcement of an engagement.

The plan at the time was certainly to write more as the year rolled on, taking in the ongoing journey through the A-Z of my iPod (taking the lengthy detour in catching up all the tracks early in the alphabet which had arrived during the seemingly endless meander through the I songs).

But rather like posts. my life has rather been put on hold for the past few months courtesy of the next step on from that engagement – the quest for an Australian visa (Lisa is on the other side of the world, for those of you not paying attention).

After a  couple of months tied up with the necessary paperwork for the application (will write some more about that in the coming weeks), it was difficult to write too much about what was going on without publicising the looming need to leave work and head off.

Especially as all that was going on was waiting.

Every so often, we would check on the status of the application – regardless of how many times they repeated any updates would come via email – and follow the links to see how long applications were taking.

Which started some time in the next few months and stretched out to a couple of years at the longer end.

So when Lisa headed over this way before Christmas, we were not expecting to hear anything and the to-do list was still at the stage at things which probably needed to be thought about sometime in the new year. 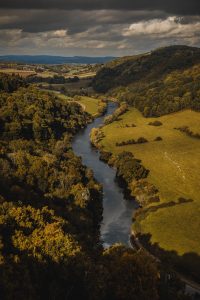 Until we headed out for the day and revisited Symonds Yat in the Forest of Dean, the place where my proposal had been slightly rerouted by the fact the spectacular viewpoint was closed for the winter.

Had hoped Lisa would get to see that view from the proper spot, only to discover it had again just been shut for out-of-season repairs so we revisited the site of the proposal and headed for home as the short winter day came to an end.

To discover an official-looking email.

From the Australian authorities.

They had, for some reason, seen me as fit to head their way, stick around and become part of their workforce. All they needed in return was that we have to get married some time in the next year and a bit.

So that is the big announcement – after visiting 67 countries around the world, have quit my job, am packing up my life and heading to live in a 68th which have never set foot in.

And, oh yeah, getting married at some point this year. We’ll get to that.

The to-do list has been transplanted from thinking about to seriously getting on with as sorting my life out, packing up my flat and heading to Canberra sort of takes over all else for the next few weeks.

And it is just a few weeks – 18 more days at work, followed by two weeks to run around like crazy and then time runs out.

Before February is out, there’s a seat on a plane to Sydney.

That is just one more Gloucester match at Kingsholm. 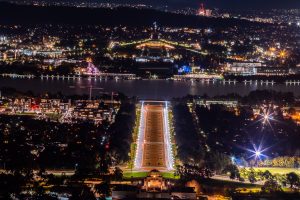 Will attempt to keep up with the progress with some more blog posts and there’s more travels to a new country incoming, which is sort of what this website was set up to do.

Just be patient, may have to pack some shipping crates, get rid of some furniture (no reasonable offers refused) or hang on the phone to sort another aspect of life which should be far more straightforward.

And that is with a lot of the unknowns which await many people in similar positions taken care of at the other end – there is a home address for starters.

Along the way will continue the musical journey, but let us look stick to those traditions and hand out a few of the annual awards for the best of the past year.

It’s been a strange year musically. Not sure if it is a change of listening habits or too much time at work (with very little time spent travelling to the office), but spent much less time listening to new music than previous years.

Maybe less clear (and comprehensive) than some previous lists, but there was still plenty to work with (and a lot more from the traditional end-of-year downloads to work through).

Album of the Year: Dear Scott – Michael Head and The Red Elastic Band

It’s more than 20 years since Shack’s landmark HMS Fable album which remains in pretty regular rotation. Front man Michael Head’s meandering career earned a brief nod in this list a couple of years ago, but this latest collection of lovely vehicles for his distinctive style and voice earned rather more of an honour

The Isle of Wight duo seem to have been a fixture for much longer since appearing fully formed with last year’s track of the year Chaise Longue , but their debut album was only in the last 12 months. And it was worth the excitement – and the Brit Award nods this week which probably carry greater weight.

To have and to hold, in sickness and in differing musical tastes… There has been a certain amount of introducing my other half to decent music, most of which has been well received. Or politely glossed over. Not so much the ‘shouty’ Irishmen who make it into this list for the third time in not many more years.

Close to album (and track) of the year last year, Dry Cleaning did not hang around with their second album. And while it did not hook in quite as much, well worth continued listening it is.

They did have an album out this year, which may have been why this older track from the sort of folk super group popped into my consciousness – over a Sunday lunch if memory serves me right. A very welcome discovery.

And The Obligatory Phoebe Bridgers Entry of the Year…

She’s been in every list for the previous five years, so even after a quiet year in terms of new material had to find a spot for the wondrous Bridgers. So enjoy this closer from her excellent set at Glastonbury…