THE endangered species reference in my Twitter profile was partly a joke, partly a response to the latest round* of journalism redundancies and partly because… well, it’s true.

Anyone who spends their working life dealing with print rather than digital news these days can be excused for feeling like a dinosaur.

And if there was any doubt, somebody told me just that.

It was supposed to be a few drinks with old mates, back in Cardiff. It just happened to coincide with a leaving do at my old paper, so the old mates were supplemented with a fair few of a newer generation of journalists.

And many of them have known little else than a digital first approach to reporting the news (or at least whatever gets the requisite hits), so perhaps should have expected explaining my role in producing a physical product would provoke a question along the lines of ‘what’s it like to be a dinosaur?’. 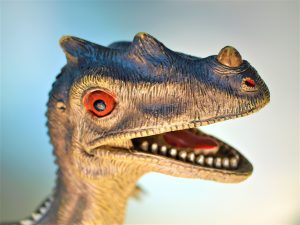 The person involved was escorted to the bar for even more refreshment and those of us who have worked through the digital revolution from print deadlines to web hits were left shaking our heads and muttering something along the lines of forgetting more about journalism than he had learned.

Would certainly hope my skills do not consign me to extinction. Those skills learned over the years and views on journalism hewn through battles to hit deadlines and many an evening over a few beers when we all would have made top-class editors. Not even averse to producing something on a website…

There’s certainly a place for those skills, be it reporting or subbing whatever the platform they appear on. Best practice is just that, whether you are trying to tell an accurate, well-written tale on paper or on screen. 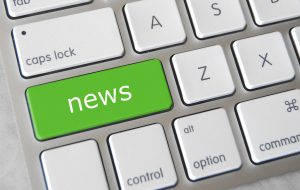 It is not for nothing we send out a weekly style guide to our reporters.

Or that reports are appearing of one newspaper operation that has come up with the novel idea of employing people to check copy before it goes on the website.

Breaking news: I hear of a newspaper where management has been so spooked by the number of factual and grammatical errors in direct-to-web content that they've had to create a little team of proof-readers/checkers to oversee content. I think they're called "subs".

There is one aspect of my life where the dinosaur tag does sit pretty comfortably. Watching television.

It may seem odd to many people, but my viewing habits are largely based on the TV schedules.

Programmes sit unwatched for weeks, often months, on my recorded list (still refer to it as videoed or taped), even series that have had me gripped for a few episodes before missing one for some reason.

And the same is true of my Netflix subscription. There’s a lengthy list of (reasonably) carefully chosen films and programmes. Just rarely get round to watching them.

Call me old-fashioned, but there’s something right about the pace and routine of watching a series in weekly instalments rather than in one or two binges (usually late at night).

Even when there’s nothing on – Tottenham v Rochdale and the inane witterings of Robbie Savage (the personification of the trend to celebrate the inept) in the background is as good a reason to tap away here rather than delve into the delights of Netflix.

And if there’s one thing guaranteed to stop me from choosing that glittering box set, it is being told by any number of people that ‘you just have to watch it’.

Which is why that present of the first few series (that’s series, not season – one for the style guide) of Breaking Bad remains unwatched on DVD and Netflix.

And the box sets which will get me rambling in evangelical fashion (The West Wing and The Wire) were first watched, usually late at night in both cases, on TV and repeatedly on DVD. Not long completed a trawl through both terms of President Bartlet and the streets of Baltimore provided refuge on the journey around Africa.

But maybe times are changing. The dinosaur may just about be catching up with, well, catch up.

Long way to go on Game of Thrones (still in series two as keeps vanishing off Now TV, picked up on a free offer that seemed a good idea) and could well wrap up the first two series of the excellent Detectorists in the next few days – somehow only caught excerpts on initial showing.

And finally got round to watching Stranger Things. It took a while – the first episode watched before the second series had even started before watching every episode over the course of several weekend evenings.

Very good it was too and suggest the third series will be watched as it happens. Or somewhere close.

While much has been written about the music of Stranger Things as a bit of a nostalgia fest, not sure many of the 1980s offerings on the latest stroll through the A-Z journey on my iPod were to be heard on our visits to Hawkins (although an awful lot of my ’80s nostalgia does involve Winona Ryder).

Don’t remember too much by The Smiths (Girlfriend in a Coma), Half Man Half Biscuit (God Gave Us Life and Give Us Bubble Wrap) or The Wedding Present (four versions – live, Peel session, acoustic and original – of the still wonderful Give My Love To Kevin) soundtracking things the right way up nor upside down.

The latest section took us from Neil Young and Crazy Horse to… well, more Neil Young and Crazy Horse (well, the Sex Pistols’ song of the same name to be totally honest but the neatness appeals). and spanned the decades beyond the 1980s – from The Beach Boys (God Only Knows), the Pistols through Blur (Girls & Boys) and Black Box Recorder (Girl Singing In The Wreckage) to last year’s Travel Marmot album of the year by Public Service Broadcasting (Go To The Road).

But the two highlights came from the mighty John Grant. Impossible to pick which of Glacier and GMF to include on the playlist, so they are both there.

Enjoy. Just be aware, GMF does stand for what you think it might.