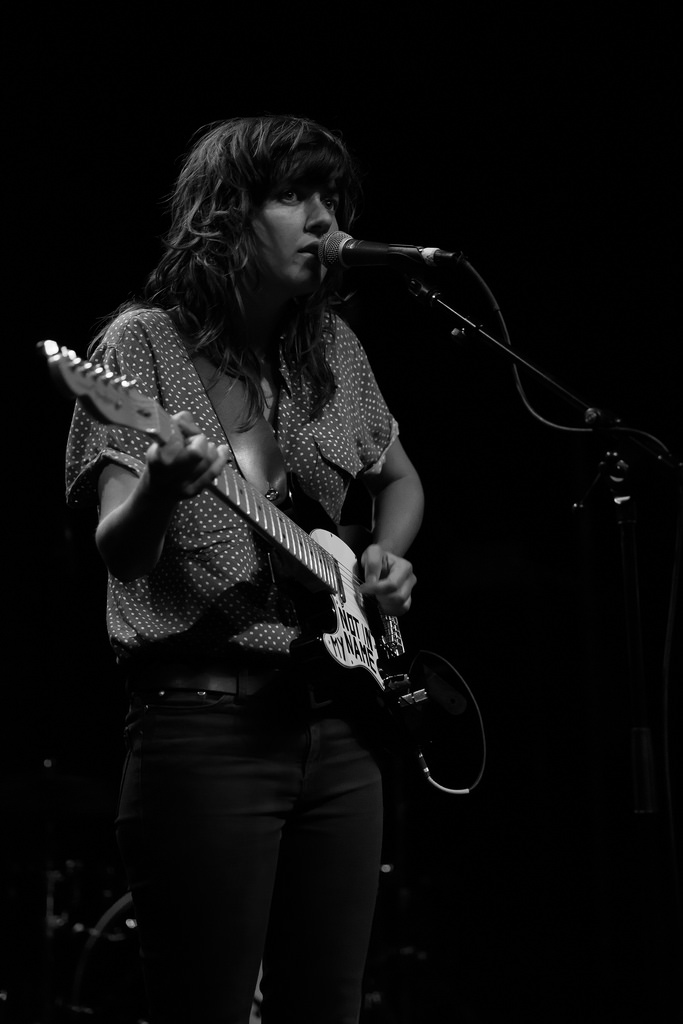 “Used to be the one of the rotten ones, And I liked you for thatNow you’re all gone, got your make-up on, And you’re not coming back”
Anthem For A Seventeen Year Old Girl – Broken Social Scene

THERE is, as you walk to the northern side of the Rainbow Bridge at Niagara, a big sign pointing the way to Canada. Just in case you have trouble spotting the world’s second largest country.

Musically, it has often been a bit more difficult to spot Canada, dwarfed as they are by their neighbours across the 49th parallel.

There have always been the flag bearers – Neil Young springs to mind, while Arcade Fire have carried the flag with distinction in previous years – but they have had a lot to make up for (“The Canadian government has apologised for Bryan Adams on several occasions” runs the joke from the South Park movie. Oh Canada indeed).

And the less said about Celine Dion the better. Have never watched Titanic for fear of exposure to that bloody song.

Leading the way were the pretty much unclassifiable Godspeed You! Black Emperor, whose Antennas to Heaven weighs in just two seconds shy of 19 minutes, by some distance the longest track so far (just checked and it is the 16th longest in all with 11 of the top 20 coming from the Montreal oufit).

Inadequately described as ‘post-rock’ on their Wikipedia outfit, they are not a band you are likely to sit down to for a relaxing listen and, followed as they were by fellow Canadian Leonard Cohen (Anthem), it was a drive to work strangely out of sync with the glorious spring morning outside. An interesting one nevertheless.

This section ended with Anti-Pioneer by Feist, another Canadian, but tucked in between was the song which brought us in to this entry – Anthem For A Seventeen Year Old Girl by Broken Social Scene.

Hailing from Toronto, they labour under the moniker “musical collective” with an endlessly changing cast of characters (Feist among them at certain points), which normally suggests self-indulgent experimentalism that musicians aren’t willing to take a risk on under their own names.

But, while hard to pin down to any signature sound, Broken Social Scene have somehow managed to maintain enough coherence to make them a more than viable proposition, producing several top songs – none better than the hypnotic Anthem…

Sung from the perspective of an older woman to her 17-year-old self, it is simple, repetitive and keeps you waiting for it to launch full into something bigger. The fact it never does makes it all the better and by the time you realise it is just not going to happen, the relentless repetition has wriggled into your head and established it as a thing of beauty.

It is rare for me to remember a first hearing of a song – something other writers and bloggers seem able to recall at will – but Anthem… first popped up on the first aborted attempt to travel through my iPod.

More specifically, it came halfway through a walk to the pub to watch football and had to be instantly replayed, both to check what it was and because it had hooked into my brain.

Away from Canada – and there was also, old joke warning, Answering Bell from Ryan Adams, which is close but infinitely better – this leg has been dominated by Angels, Animals, Anthems and Another thing.

We came in with the angels, starting with The Angel and The Fool by Broken Bells and rattling through, among others, three versions of Echo and the Bunnymen’s Angels and Devils and Angels of Deception by The The, from Matt Johnson’s largely overlooked classic album Infected.

Amid the animals, we had Animal Nitrate by the weirdly overrated Suede (quite like this track, which was on Radcliffe and Maconie earlier, but don’t get the awe with which they are widely held) and a first outing from the far too overlooked Cadbury Sisters with Animals.

Stumbled across the three sisters (yes, they are siblings and, yes, they are part of the chocolate family) supporting Turin Brakes last year and was instantly smitten. Have seen them twice more since and it is great to see their close harmonies, perfect vocals blended to a sort of English Americana finally getting some airplay, although nowhere near what they deserve.

We’ve mentioned a few of the anthems, while starring role among the Another.. songs was Another Travelin’ Song by Bright Eyes.

Conor Oberst is one of those artists who has largely passed me by, but the more he crops up on my radar the more he impresses (even if he does seem to possess a Ryan Adamseseque need to release everything he does without that much quality control) and back-to-back versions of that track saw it being sung much of the day in the office.

Along the way, we have passed 350 (Another Invented Disease by Manic Street Preachers – another band which perplexes me as much as anything else) and Anonymous Club, a first entry for my current musical obsession away from this blog, Courtney Barnett.

But we’ve got a long way to go, so we’ll come back to both of them.