There’s the day job, the travel company I run in my spare time, the personal blog website which needs some serious work, sleeping, watching rugby and the gym (yeah right – guess which one has gone by the wayside), so who planted the idea for a new blog in my mind?

THE above message popped up in my Facebook timeline earlier this week in one of those On This Day messages.

There’s a slight amendment from the original, rules of the blog mean names are largely left out of posts so the person responsible can keep his Cornish anonymity.

It came as the blog sparked by that idea reached a landmark, so thought it would be a good idea to have a quick catch-up on how we got from there to here, what here actually is and where we go from… well, here.

That Facebook entry was written in February 2013, so how have things changed in the intervening four years?

The day job remains, in principle, the same. There has been a change of title and a move of a few yards across the office, albeit bar a lengthy detour around Africa and – even more of an adventure into unknown territory for someone from Gloucester – to Bath for a couple of months.

And the way newspapers (remember them?) are put together is a bit different as websites have moved front and centre to everything we do. 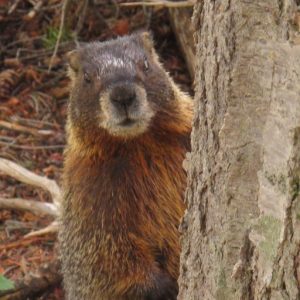 The travel company is, sadly, no more. It was (and remains) a lovely idea, based far more on a passion for travel than any entrepreneurial drive.

Still think it could work given the time and money to reach a critical point where it has momentum to roll along.

Sadly we did not have either of those and eventually something had to give, especially as that passion for travel was causing extremely itchy feet (not 100 per cent cured) and that African detour forced a decision to be made.

The time may be right to start sharing a few tales from those days and the main irritant which kept us occupied and became known as The Troll. Even now, choosing my words far more carefully than he ever did.

There is still plenty of rugby being watched (as the next post, already partially written in my head, will attest), a fair amount of sleeping and not enough time in the gym (even though it is actually visible from my flat nowadays).

Travel Marmot existed four years ago, courtesy of a friend who got up early and built the earliest version before presenting it over breakfast the morning after we had kicked around the idea of transplanting my travel blogs from a hosted site and expanding.

At the time, all it had on it was those posts from  an overland London to New York trip copied across from another site and a few additional articles, which was supposed to be the way it developed.

Until the idea of blogging the A-Z trip through my iPod came about.

The journey had started once before but came to grief somewhere early in the C songs, but had long meant to pick it up again or start anew – a suggestion made aloud in the office which was picked up on by a colleague who came up with the blogging idea.

It took a while to start – a quick look into the archives will tell you that while the idea was made in February 2013, the first post outlining the journey ahead and the rules was not written until March 2014 – mainly because of the time being spent on Epic Overland (the travel company).

But when the decision was made to call time on the business and plan the African adventure, Travel Marmot got a new lease of life and the A-Z journey began,

And three years on we have completed A to E, Eyes Wide Open by Radio 4 rounding off the latest letter at track number 3,222.

It has not been a direct journey – it has not taken almost three years to listen to the first five letters. There’s been a couple of long breaks along the way when travelling (and struggling to find internet access for those blog entries), the need for a rest from it and time demands of work conspired to limit the writing – the listening has never been an issue.

Shortest of those has been Ask for Janice by The Beastie Boys (11 seconds), the longest Driftin’ Back by Neil Young and Crazy Horse (27.37). Both will be beaten.

The final section of the E tracks, which kicked off with a blast of Queens of the Stone Age, brought a fair few familiar faces from this journey.

The Wedding Present have popped up as much as anybody (alongside Ryan Adams) and we had three versions of Everyone Thinks He Looks Daft, which is worryingly 30 years old this year.

Fellow regulars Radiohead (the beautiful Exit Music (For A Film) and Everything In Its Right Place twice), New Order (Everything’s Gone Green), REM (Exhuming McCarthy), Half Man Half Biscuit (Everything’s AOR and Excavating Rita) and Belle and Sebastian with Expectations, twice.

Beautiful South (Everybody’s Talkin’), Teenage Fanclub (Everything Flows, twice) and Manic Street Preachers (Everything Must Go) are less regular but welcome visitors, while Rival Schools popped up for a rarer visit with Everything Has Its Point. 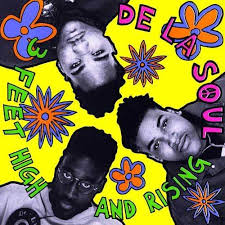 And we have even seen the evolution of my relationship with rap.

Back when The Wedding Present were introducing their chattering guitar kitchen sink drama indie pop classics three decades ago, rap had no chance of breaching my jingly jangly ghetto.

But then De La Soul – represented here by Eye Know – arrived with their classic debut album Three Feet High And Rising and things started to change.

Slowly. Ever so slowly. The wonderful Arrested Development followed suit and over the years there has been a gradual exploration of some of the classics – much more old school than what is happening now, but at my age can say that about a lot of music.

Can’t say know much about rap, but know what I like and NWA popped up twice with Express Yourself.

And we’ll see more of them very, very soon…

A FRIEND heading out on their travels leaves conflicting emotions among those left behind – keen to follow the traveller’s progress and hear a few anecdotes (just a few mind), they know at some point the wanderer will suggest they sit down to see pictures from the trip.

Once upon a time it was prints or slides -my childhood was dotted with nights when my bedroom and its giant blank wall became the venue for a meander through the holiday or, even worse, childhood slides – but now digital cameras mean travellers are free to snap away without worrying how many shots they have left on a film.

Not all of us (guilty as charged) have learned to edit our digital stockpile, meaning any session guiding friends and family through a trip contains the oft-repeated phase “yeah, that’s exactly the same thing, only from a slightly different angle. And so’s that…”

Don’t let any of that put you off snapping away freely. Pictures are a wonderful way of preserving the memories – any long afternoon or evening back home spent flicking through your pictures will instantly return you to those magical moments.

If it is ‘a trip of a lifetime’, you want the pictures and memories to last that long. (You won’t see that trip of a lifetime phrase often on this site – it suggests one trip has used up your allocated allowance of travelling, rather than merely being a link in a chain of adventures).

So snap away, preserve those memories, but just remember, just show off the pick of the bunch – nobody wants to see six different shots of the same mountain or fountain, no matter how creative and arty you have been.

BEFORE the travel bug really bit, my natural habitat was a newspaper office (or the pub, the customary watering hole for the journalistic wildlife in the days when regional newspapers actually printed on the date which adorn the front).

Chunks of time were spent wrestling with copy from reporters, freelances and contributors to ensure it was grammatically correct, readable or shoehorned into house style (often all three).

Over the years, several pet peeves emerged that were guaranteed to spark prolonged grumbling if they ever appeared in copy.

Overuse of the words that and ever, without even mentioning the fact that apostrophes and commas don’t appear to be taught nowadays (leaving them all out or putting in so many some of them must be right are not the best way to please a sub-editor, a dying, much-neglected breed).

Sadly, many of those annoyances resurface reading travel blogs. If it is a personal blog, designed purely to capture your trip for posterity, there is very little wrong with that – it is your trip, your blog, your rules.

But if you want anybody else to read and enjoy your blog, it is worth following a few rules.

And you could do a lot worse than follow the Guidelines for Travel Writers article written by David Whitley on his site grumpytraveller.com

One tip amid his advice certainly rang true – the advice to avoid using the first person.

It is said the cricket writer and commentator John Arlott never used the word ‘I’ in his entire written works. Having tried very hard to write this piece working to the same rule, it is extremely difficult.

Damn, so nearly did it.