SEVEN years ago, the UK general election took place without me taking an awful lot of notice. Not that much had changed five years later.

Not by choice, not by design. Had spent late nights working several of the previous ones as we raced to get as much of the available information in to our early newspaper editions as possible and always enjoyed it.

Just happened to be out of the country for both elections and more importantly, given how quickly any feeling of excitement felt by the news junkie in me is washed away by the sheer repetition and mud-slinging, the campaigns.

When David Cameron and Nick Clegg were being thrust in to their unholy alliance in 2010, was crossing the Pacific from China to Alaska – about as far as you can get from events back home.

Missed the entire campaign but watched most of the results roll in on a cruise ship with the advantage of not having to stay up all night to do it, although with a crossing of the International Date Line imminent, changing clocks pretty much nightly and going largely nocturnal, had no concept of time anyway.

Watching David Dimbleby in a cruise ship bar while explaining what on earth was going on to bemused Americans was one of those travel experiences you can’t really prepare for.

Two years ago saw nothing of the election but the result popped up on my phone in Zimbabwe which prompted excitement – not so much at the result but the fact that alert meant we were somewhere within range of Wi-fi.

That Wi-fi provided access to plenty of reaction from back home, much of it (as social media has a tendency to be) angry and bemoaning what a terrible state our country must be in to hand the Tories the keys unsupervised. Which made interesting reading in a country where people are too frightened to make any public comments on their leadership.

In between that, managed to witness another election from within a country as it took place – would have been two but Nigeria had the good grace to delay their vote until we had left, which was very nice of them given how long it took use to get across the border.

Watched most of the results for President Obama’s second election success in 2012 in a Bourbon Street bar in New Orleans at the end of a drive down the lower two-thirds of the Mississippi.

It was all rather low key and the locals seemed less than enthused at what was unfolding in front of them (that possibly had something to do with some of the competing attractions of Bourbon Street) while had drifted off in front of the TV back in my hotel room by the time the overall result was confirmed.

Right before the nightly false fire alarm went off, sparking the search for the one member of duty hotel staff who had the slightest clue about what to do without locking most of his guests and staff outside.

So what about this year, now that Theresa May has seen fit to bring us to the polls again?

Don’t buy the voter apathy line or the need to stick to the newly-imposed fixed terms – can think of at least one country that could be excused for wishing it was not saddled with four-year terms.

No fan of constant referendums (we’ve elected these people, let them sort out what we elected them for) but all for engaging people in politics at a time when plenty of people seem to have discovered some form of desire to have their say. Even if it is only in 140 characters.

But the plan is to complete the hat-trick of being out of the country. Just not sure where yet.

Purely by chance. Had long booked time off as my major break of the year and spent the night before the PM’s surprise announcement trying to whittle down a lengthy list of options of where to go. And failing miserably as kept stumbling across a few new ones.

It has been a bit unusual this year, normally have something sorted out long before this and have tried to put it out of my mind until in a position to sort it out.

But the intervention of the taxman has played havoc with the last few months, but finally that is all sorted and the necessary money paid – rather more than Monopoly would suggest – so know what the budget is for this year’s travels. 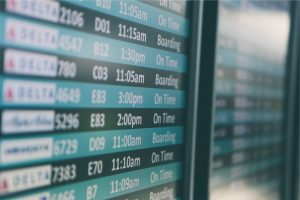 So where will it be once we get to payday at the end of the week and it is time to get booking?

You can forget a lot of the trips at the top of the travel bucket list – driving Route 66, London to Australia overland, another dose of West Africa, the remaining 11 states to complete the list… – as time and money do not allow.

After plenty of trips involving lots of travelling, there’s the option to just go to one place and relax. Not sure about that one, would probably get bored but not ruling it out. Especially if the place is somewhere like Cuba. Or Key West. With a drive from the mainland thrown in.

There’s staying nearer to home, be that a trip to the sun, a couple of city breaks in Europe or really going local, hiring a car and reliving family holidays in Cornwall or exploring Scotland.

Or there’s my old fall back of a trip to the States which – exchange rate notwithstanding – is sort of edging ahead. But where?

That could well be dictated by the need to do it on a bit of a budget and the cheaper air fares to the big cities of the east – you know, Boston and New York. Familiar ground.

So that’s looking the favourite, fly in to somewhere familiar for a few days and then head out on the road for a week. Possibly with some Red Sox thrown in.

There’s a fair bit more planning to go and once that is sorted it is on to that trip essential – a playlist.

REM have featured heavily on past US road trips (think a return to Athens, Georgia is pushing the mileage a bit in a week) and they popped up three times in the latest section of the A-Z from Moby to The Housemartins.

Fireplace is the most likely of their trio tracks to make any playlist, far more so than Finest Worksong or Find The River.

I Am Kloot popped up with Fingerprints which, as with all their Sky At Night album, reminds me of heading home from travels as listened to it for the first time on the bus from downtown New York to JFK airport after seven months on the road (and, given the start of this article, at sea).

We went past 3,500 with Radiohead’s Fitter Happier, dipped in to the repertoire of The Mighty Badger with James Taylor’s original Fire And Rain, returned to NYC (twice) with Leonard Cohen’s First We Take Manhattan, took in a drop of Half Man Half Biscuit (Fix It So She Dreams Of Me) and courtesy of a technical issue which seems to have reimported multiple versions of some tracks from a change of laptop, five versions (four live and identical) of Firecracker by Ryan Adams.

May moan about that technical issue when it happens with a song which is not as great.